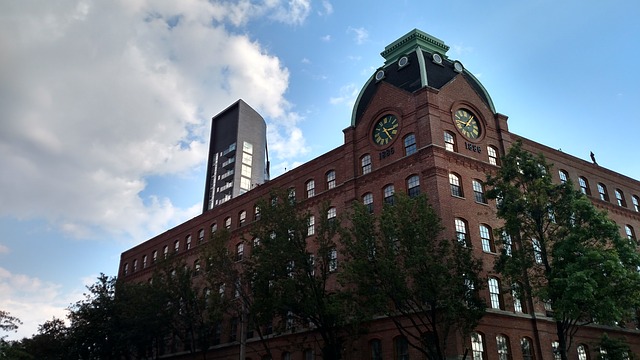 If you live in New York City, you have probably heard of a neighborhood called Astoria, in Queens. It is a  middle-class and commercial neighborhood bounded by the East River and is adjacent to three other Queens neighborhoods. These are Long Island City, Sunnyside (bordering at Northern Boulevard), and Woodside (bordering at 50th Street). As of 2016, Astoria NY has an estimated population of 78,793. It is a beautiful neighborhood filled with great real estate opportunities. If you are into the real estate business, you should pay attention to this small neighborhood. It is one of the rising stars in the market. We will now talk about Astoria NY and its real estate trends.

Astoria has been founded by William Hallet and his wife Elizabeth Fones in 1652. It was first called Hallet’s Cove. It was incorporated into New York State in 1839 when many affluent New Yorkers constructed large residences around 12th and 14th street. Since then it has become a resort for Manhattan’s wealthiest people. The name Astoria comes from John Jacob Astor, a 40-million net worth millionaire, in order to persuade him to invest in the neighborhood. He did not offer much as an investment, only $500 but the name has not changed.

The biggest commercial and economic growth arrived with Heinrich Engelhard, one of the wealthy German settlers. He owned a well-recognized piano company. This is now a well established worldwide piano making company. After this, many more investors came in and made this one of the biggest growing markets of the 19th century. This also created the need for housing for workers, which made this area as one of the best ones for real estate. Many real estate investors came in and it has since been a popular neighborhood in Queens.

A couple of reasons to move or invest in Astoria NY

One of the biggest reasons people move to NY with a smile on their faces is Downtown New York City. And Astoria is very close to it! It is approximately a 15-minute ride over Triborough Bridge to Harlem and the Bronx. There are also two subway lines that go through Astoria. This makes the neighborhood very connected to the rest of the city.

The real estate market has also boomed in previous years

There is an amazing park area beneath the Queensboro and Hellgate bridges. It provides gorgeous views of upper Manhattan and we all know how magnificent that can get. Moreover, there is the Astoria pool which is one of the biggest and best ones in New York City. The wealthiest did not choose this neighborhood as their vacation resort for nothing.

Lately, it has gained a reputation for fine dining and innovative cooking, especially Greek cuisine. In addition, there is the Bohemian Hall in Astoria NY. This is the only old school beer garden in New York City. It is well known with its shady trees, picnic tables, pitchers of icy beer and plates of delicious Czech food and barbecue. This is a great place to visit for families, but also anyone else who feels like having a cold glass of beer. Many neighbors in Astoria NY usually organize get-togethers in this hall.

One of the best sites for art enthusiasts is the Museum of the Moving Image. It is especially great for film lovers as it is dedicated to videos and movies, hence the name. Give it a visit!

The real estate market in Queens has repeatedly made headlines during the previous years. It is all due to the boom of the demand for housing. In addition, Many young professionals are looking to settle in Astoria and Long Island. The median sales price for a home in Long Island City in 2016 was $825,000, which makes it the second most expensive neighborhood in New York City, just after Upper East Side. StreetEasy has ranked Astoria as number 10 of the most popular neighborhoods in NYC.

The median house price in 2016 has risen from around $678.000 to $769.000, marking a huge jump in both popularity and price. Both neighborhoods, Astoria and Long Island City, are really close to Downtown New York, which makes them a perfect location for daily commuters. Housing prices were on the rise in Queens in the second quarter of 2017. The average sales price in the borough over the second quarter of 2017 was just over $592,000. This, in addition, includes all the other neighborhoods, besides Long Island and Astoria.

However, we are talking about the years past. In 2019, the median house price in Astoria is a whopping $851.000, according to Zillow, so if you are willing to purchase a home here, make sure to look for moving professionals in Astoria, NY. If you get movers that are situated in the neighborhood you want to move in, the price will be significantly lower. Enough to support your budget when you want to buy a house. Astoria home values have gone up 9.2% over the past year and Zillow predicts they will rise 4.5% within the next year. This is why this year is perfect for you to get a house in Astoria NY. The price growth is a lot lower than it was last year.

Getting a real estate agent in Astoria NY

When you are planning to buy a house in Astoria NY, make sure to find an appropriate agent. An agent that has enough understanding of a certain area is very likely to help you find your dream house. Moreover, they will let you know about the rising price rates of houses in all neighborhoods. When you finally choose your dream house DA Moving NYC has got you covered. They are offering the best relocation services and the most affordable prices! Then you should decide which one you want to move to. Many experts claim that Astoria is one of the cheaper neighborhoods compared to Manhattan with its median price of a home of $1.3 million or Brooklyn with $784.000.

According to many experts, this historical area in Queens, called Astoria, is a real gem in the New York investment business. If you are into real estate, consider checking it out. If you want to buy a house, guess what, same advice. Go check it out!